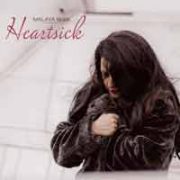 Our verdict on the second long player from Malaya Blue, an exciting new female voice on the British blues scene. Malaya Blue’s second album Heartsick ranges between jazzy soul and blues, with great musical accompaniment and good, easy-to-hear lyrics. These 11 songs show her ability to craft upbeat, downbeat and just totally melodic sounds, and are a pleasure to listen to. Malaya has, like so many US singers (though she herself hails from the UK), come up through gospel singing in church, and after some years honing her craft as a session musician is now coming into her own as a fully mature lyricist and singer. Last year she was nominated for four British Blues awards – Best Female Vocalist, Best Blues Album (for her debut Bourbon Street), Best Blues Track and Emerging Artist. Her voice, sultry at times, is always clear and full of feeling. Her sophomore album was recorded in Norfolk and produced by Paul Long, with Dudley Ross on guitar, Stuart Uren on bass, Andrew McGuinness on drums, and Paul Jobson on Hammond organ. The album also features guest appearances by UK blues icon Paul Jones and renowned session keyboardist Carl Hudson. This up-and-coming British singer is currently touring the UK’s blues festivals, so catch her if you can!

Verdict: An impressive new voice in authentic blues and soul